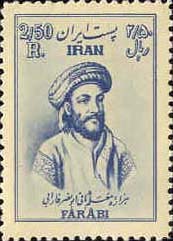 Kitab al-Musiqa al-Kabir, or Great Book of Music, is one of the many treatises written by the famed Al Farabi, also known as the "Second Teacher" in the Arab world (with Aristotle taking the title of the first teacher). Al Farabi's contributions to the philosophic world were significant, and like others during the Islamic Golden age kept the texts, traditions, and perspectives of the Greek philosophers alive while contributing new ideas to science, metaphysics, and many other interrelated topics.

A postage stamp from Iran with the face of al-Farabi

Full text of the Great Book of Music