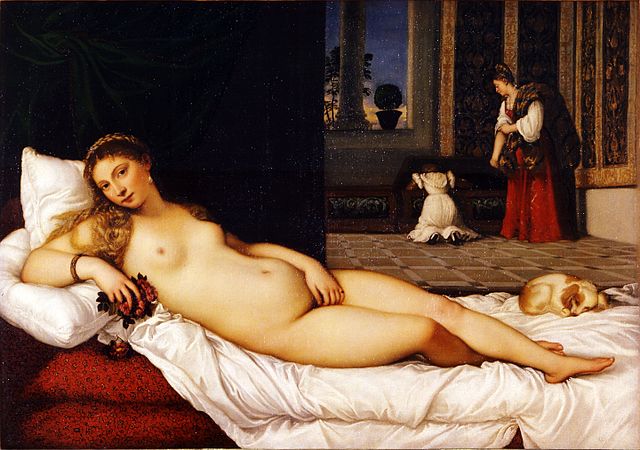 Like Michelangelo, Titian lived a long life, and was able to enjoy the spoils of having become known as one of the greatest artists of the High Renaissance in his later years. This notoriety allowed him the opportunity to open a workshop with many assistants and thereby produce a great deal of work well into the later Renaissance. This painting exemplifies one of the subjects for which he is best known: nude women, often times painted to invoke imagery from classical sources.