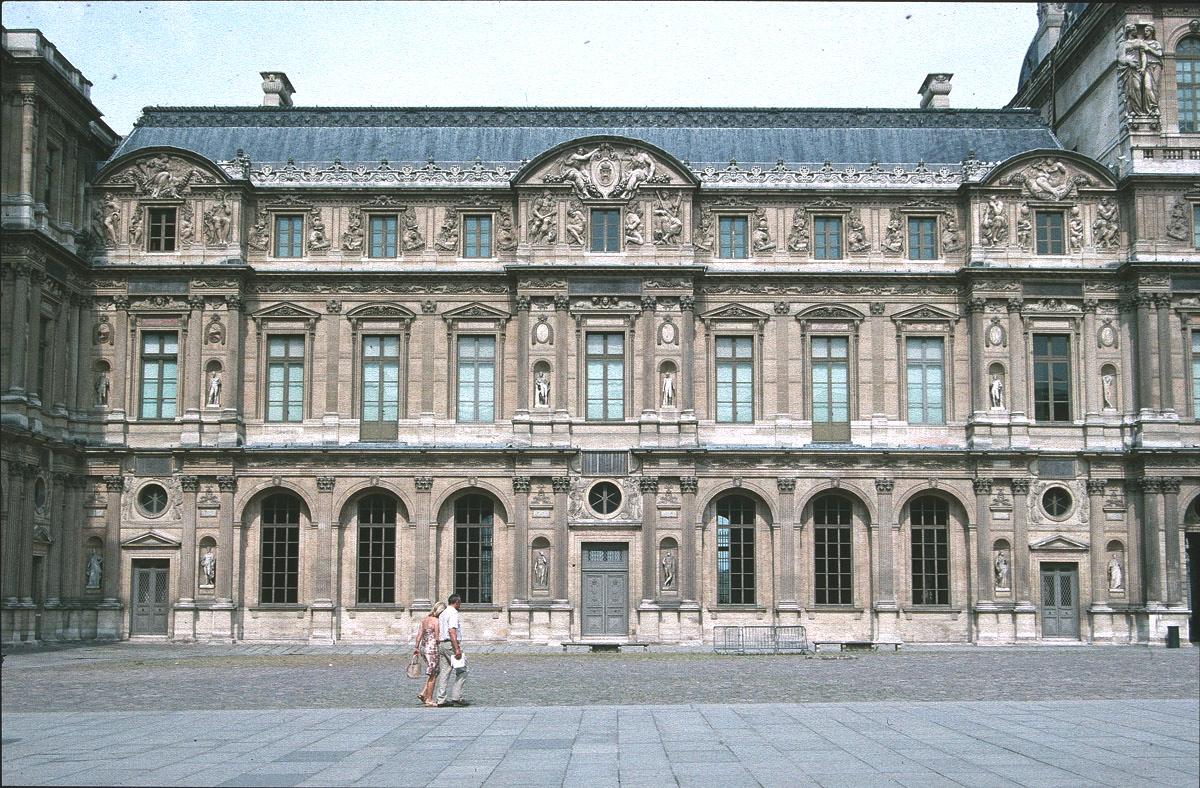 Few structures (if any) better exemplify the melding of the traditional French chateau style and Italian architecture as the one time royal palace of Paris, the Louvre. Highly symmetrical and covered in columns, but also featuring a high-pitched roof and ornate sculpted figures, the facade shows that Italian style had gained fans at even the highest levels of the French state. In the Baroque period, Louis XIV encouraged the expansion and completion of the Louvre in the style of the time. The east front of the Louvre was one of these areas improved in a Classical, Baroque style. 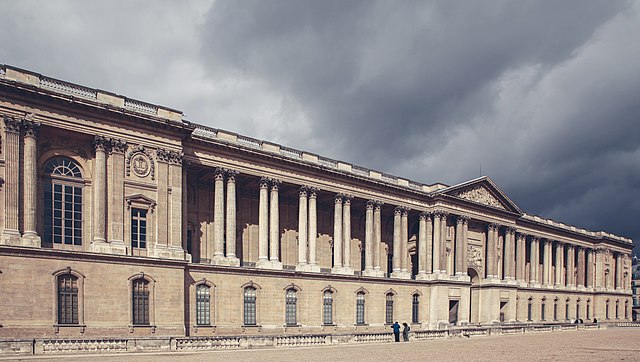