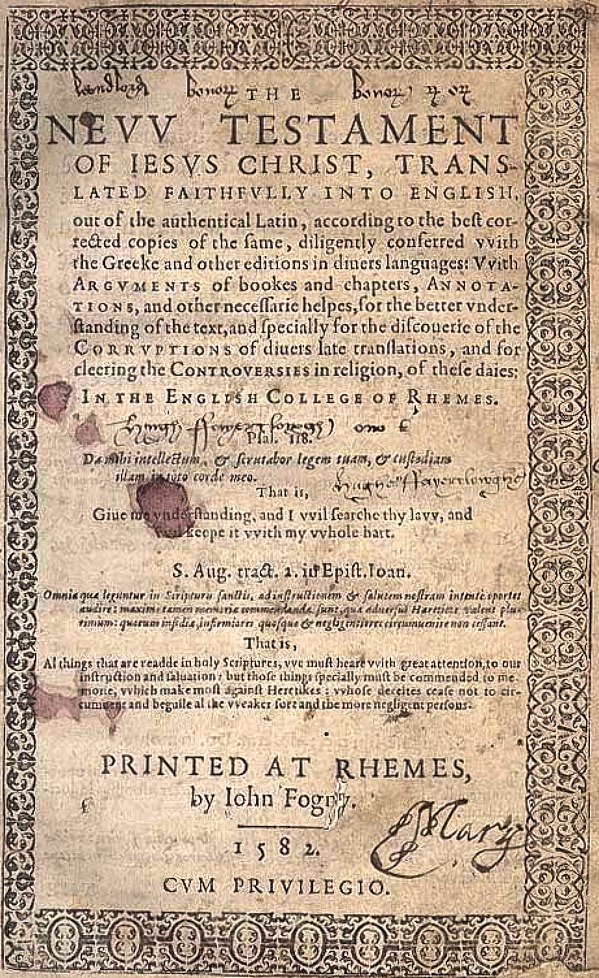 The New Testament, which is the second main section of the Bible, is the primary set of documents that underly the Christian religion. There are few written works in history that have had as much impact for such a sustained period of time, and the New Testament is quite possibly the most influential work ever produced. This is a tricky one to provide consistent metadata for, as it is actually a series of documents, themselves part of sub-classes (e.g. the Gospels, the Epistles, Revelations), that were compiled over centuries. In fact, different sects of Christianity have, at the very least, a different order to the chapters of the New Testament, and in some cases include documents that other sects consider apocryphal.

An early printing of the New Testament