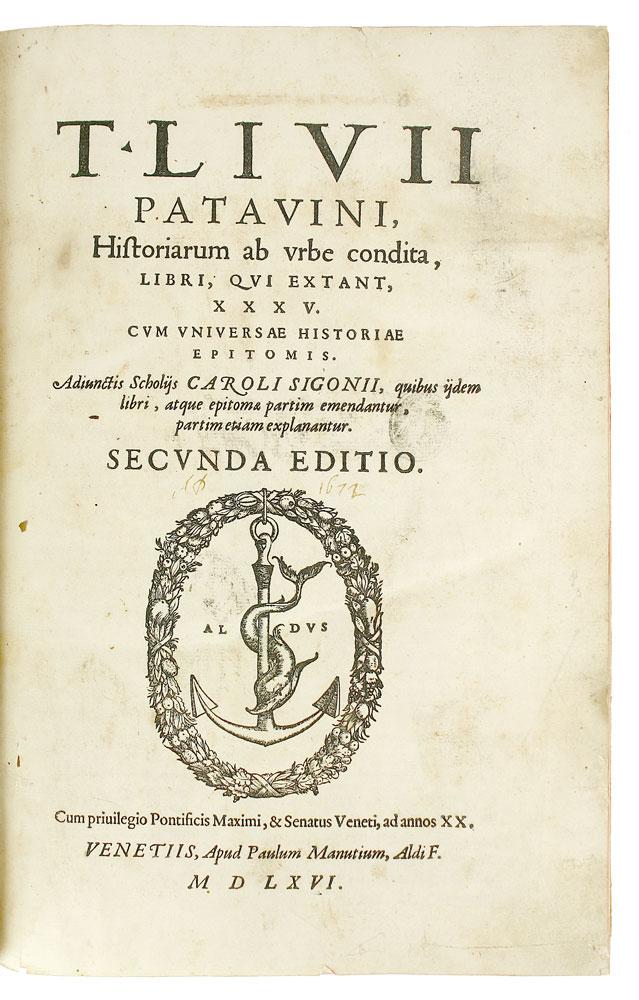 Livy's History of Rome, also called Ab Urbe Condita Libri or simply Ab Urbe Condita, was a sweeping history of centuries of the Roman Republic up until its end during his own time under the reign of Augustus and the beginning of the Roman Empire. Although only a portion of the work survived to the time of the Renaissance, the work influenced many notable humanist authors who sought guidance from ancient sources on subjects such as a republican form of government.

Inset from a 16th century translation of History of Rome